Christmas in the Golden Isles

Being from a family of only three people, big Christmas dinners were never really a thing for us once all the cousin grew into adults. So we've always tried to come up with new adventures for Christmas. Usually we would eat Christmas dinner at a fancy hotel downtown or something. Then about three years ago we started the tradition of spending Christmas down in the Golden Isles of Georgia. It has come to be the highlight of the holiday season for me, and I look forward to it all year long. Usually we stay at the King and Prince resort on Saint Simons Island, and eat our Christmas Eve and Christmas Day meals at the Club on Jekyll island. We love getting to stay on the water and enjoying the beach on Saint Simons, and the food at Jekyll Island is just amazing. In the past the Jekyll Island Club has done an incredibly massive Christmas Day brunch buffet that was the largest I've ever seen and was reasonably priced. This year due to the health restrictions I think they are doing menu only.

This year because of Covid, Jekyll Island is only allowing people staying there to eat in their dining rooms. So this year we get the new adventure of staying at the Club on Jekyll Island. I am looking forward to exploring that Island more. The last couple of years we have explored Saint Simons and the downtown area and found some neat shops and restaurants. Last year we went and looked at the lighthouse that stands where the one built by James Gould. I grew up reading the Eugenia Price books about Saint Simons, so getting to see that was so neat.

Jekyll Island is very interesting because it was the hunting club of the rich and famous in the early 1900s. Some of the families stayed in the hotel rooms in the Club, while some (like the Rockefeller's and Firestones) built "cottages" (read mansions) on the Jekyll grounds. These gorgeous homes are now hotel rooms, event spaces, and museums. Strolling around the island is like stepping back in time. Jekyll Island is rich in history as it is also the home of the Federal Reserve.

If you are looking for a new Christmas adventure, then Saint Simons and Jekyll are the place to go. 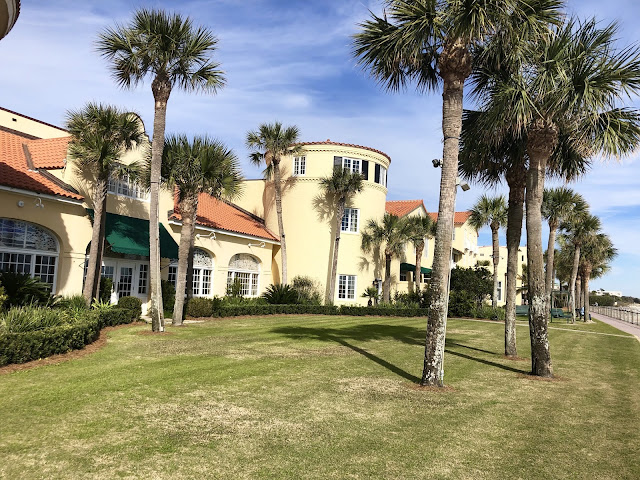 Back of the King and Prince resort 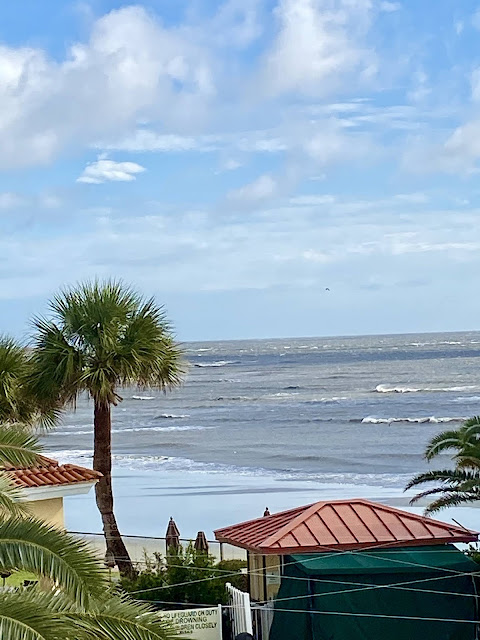 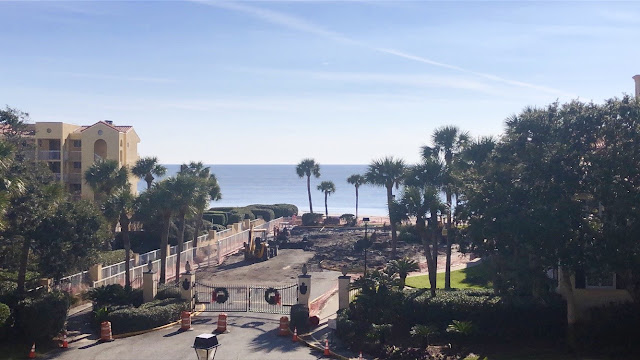 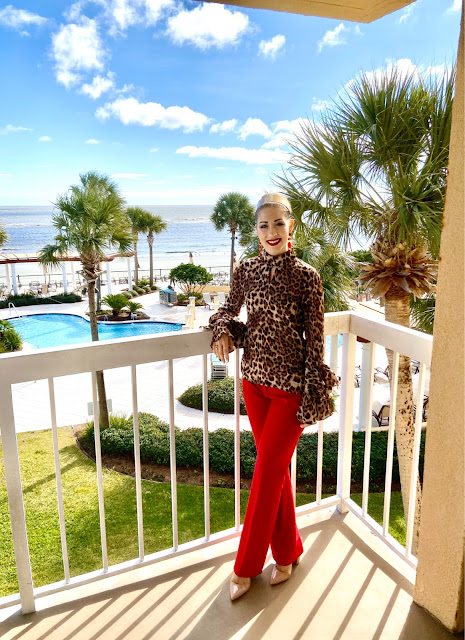 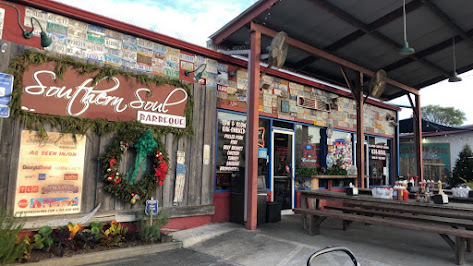 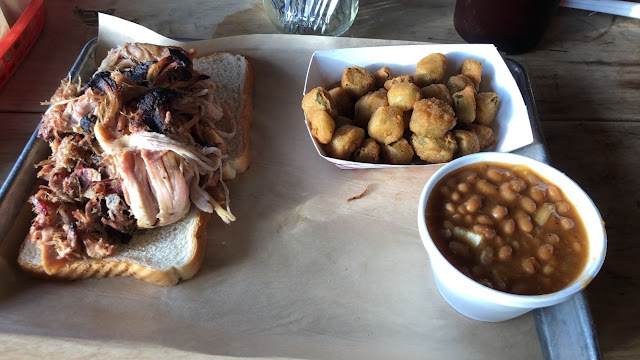 Southern Soul BBQ on Saint Simons. They were featured on Diners, Drive-ins and Dives. Definitely worth a stop!
Some of the many "cottages" on Jekyll Island. 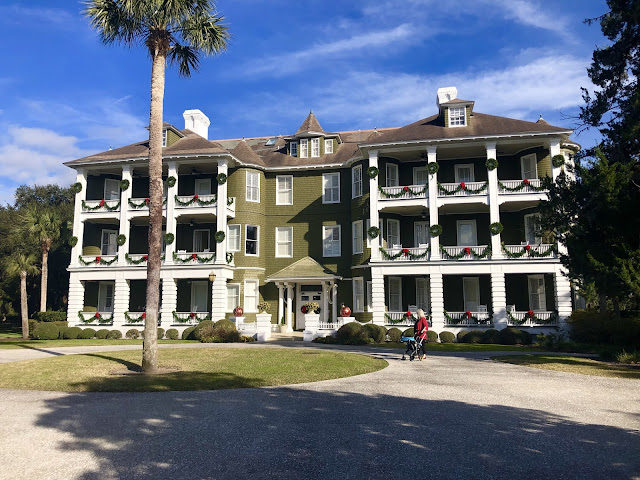 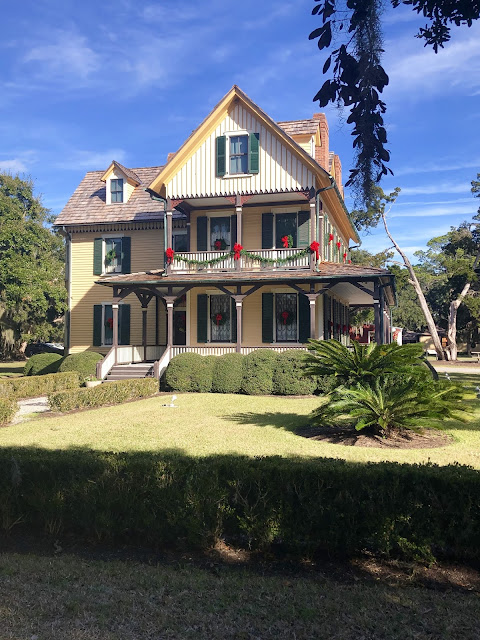 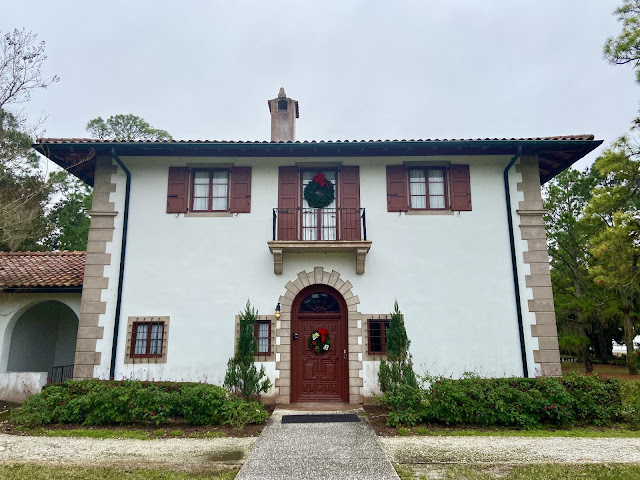 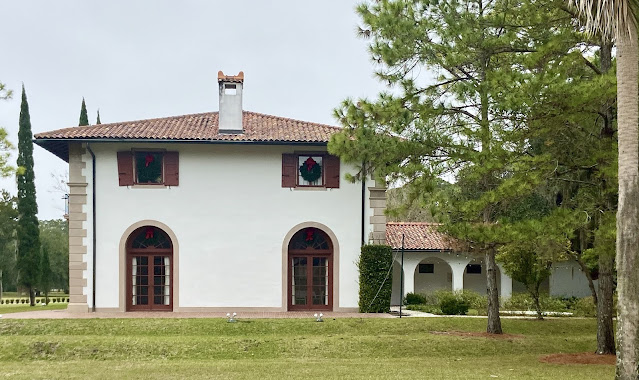 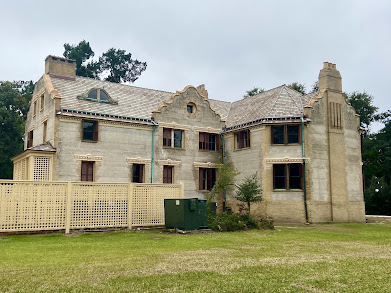 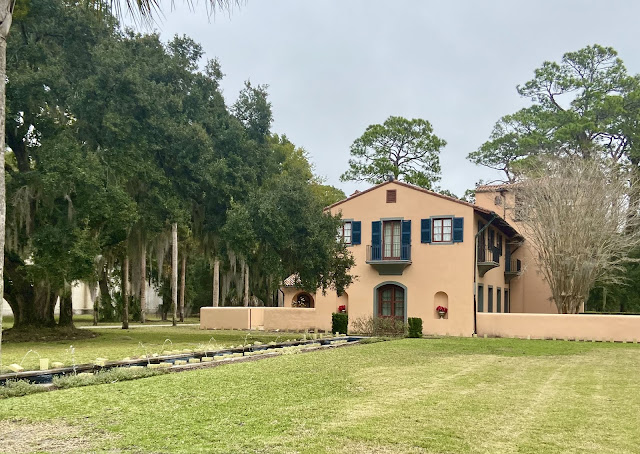 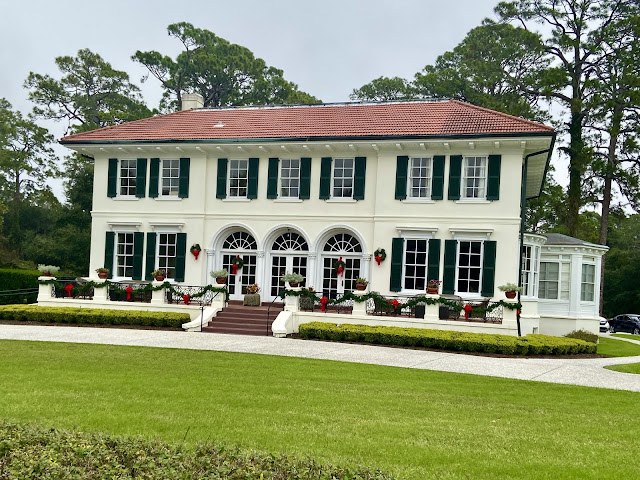 My favorite "cottage" on Jekyll. Below are pictures of some of it's grounds. 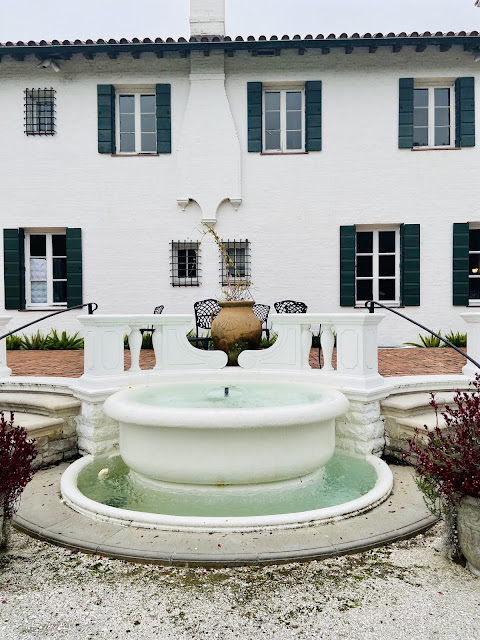 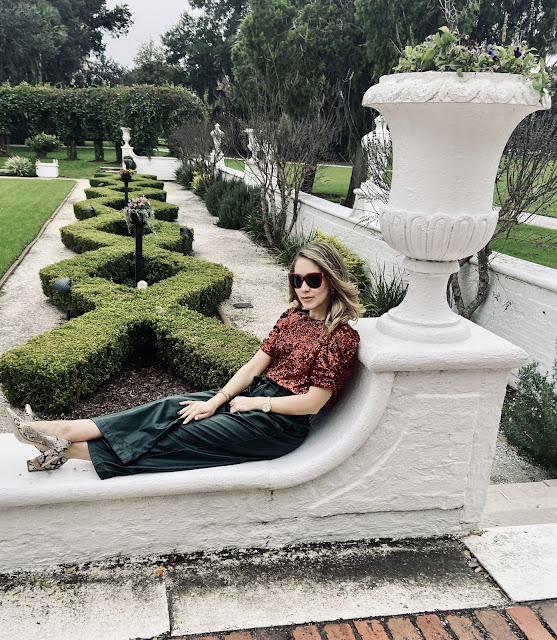 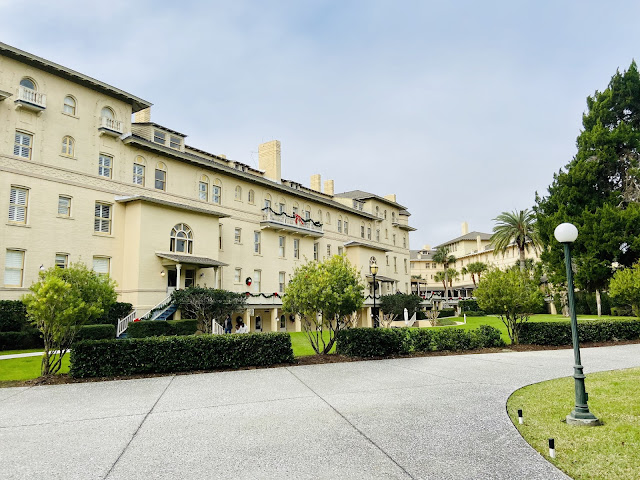 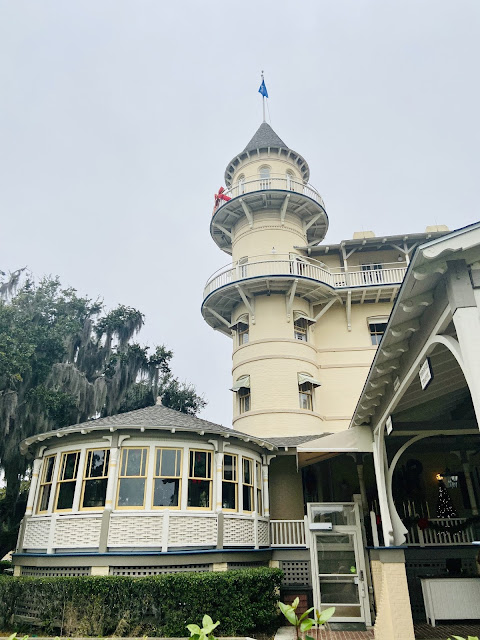 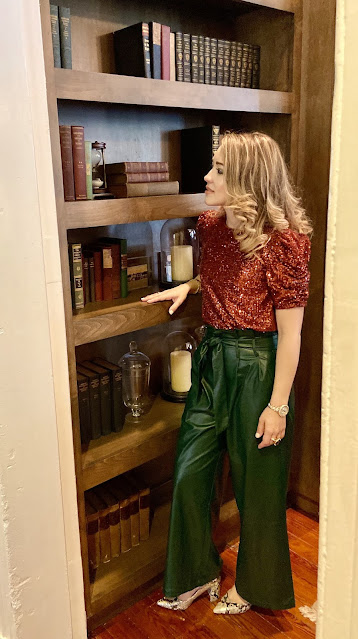 One of the libraries at the Club 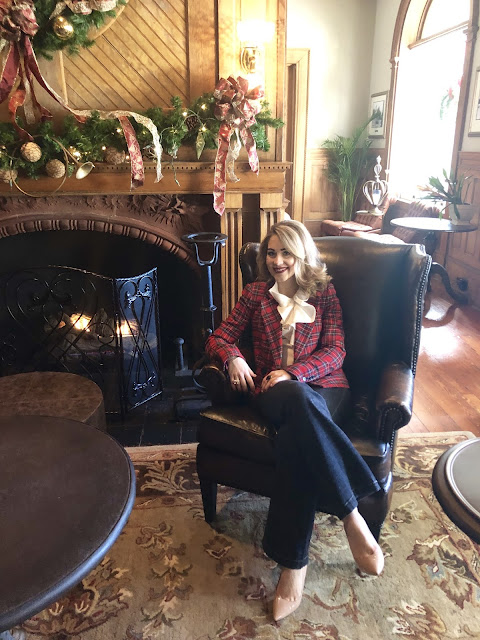 The sitting area outside the main dining room at the Club 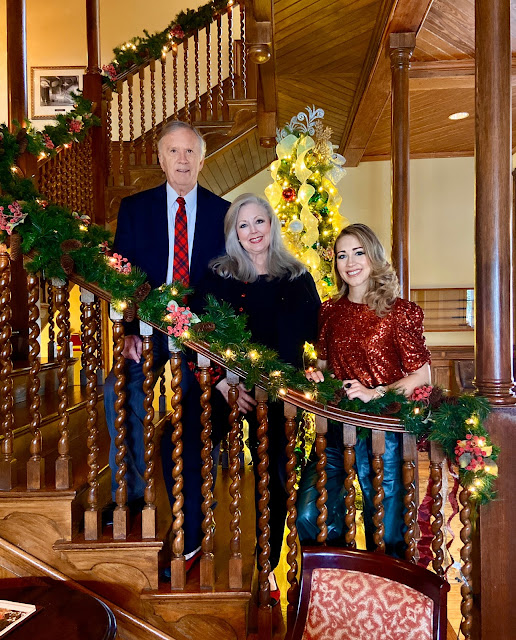 Christmas morning 2019 at the Jekyll Club 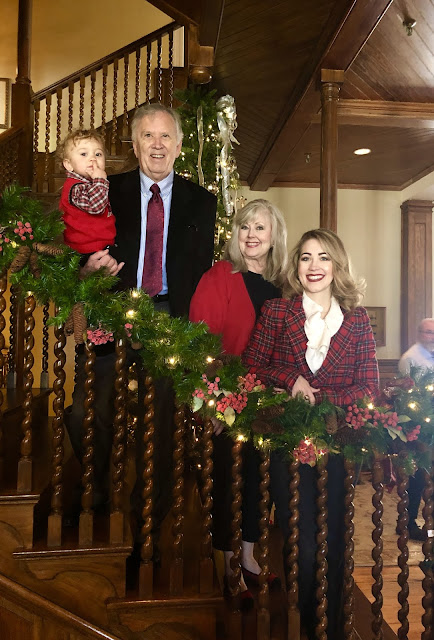 Christmas morning 2018 at the Jekyll Club 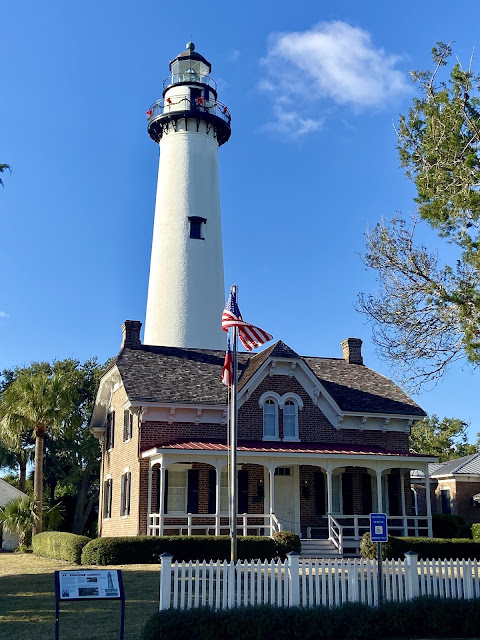 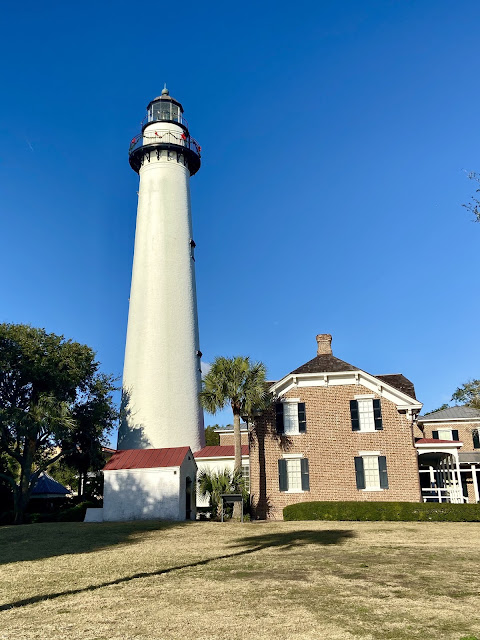 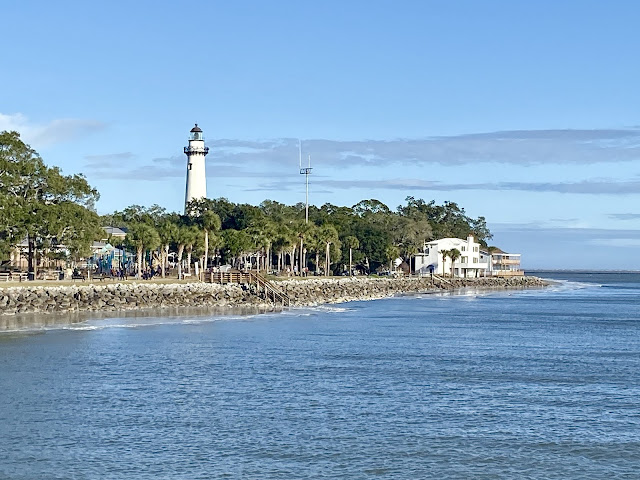 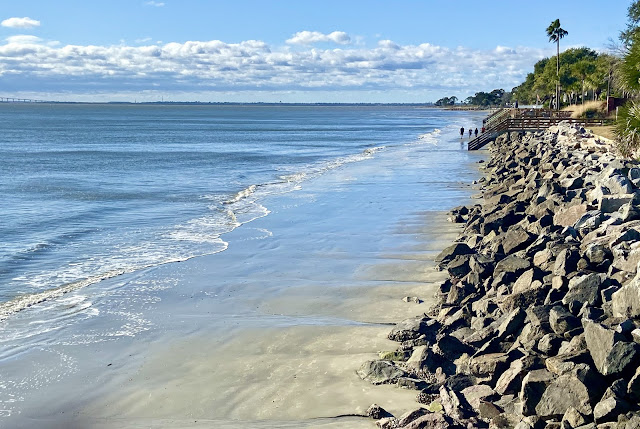 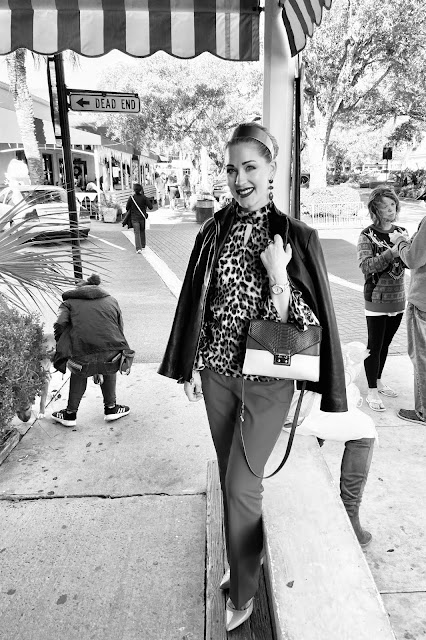 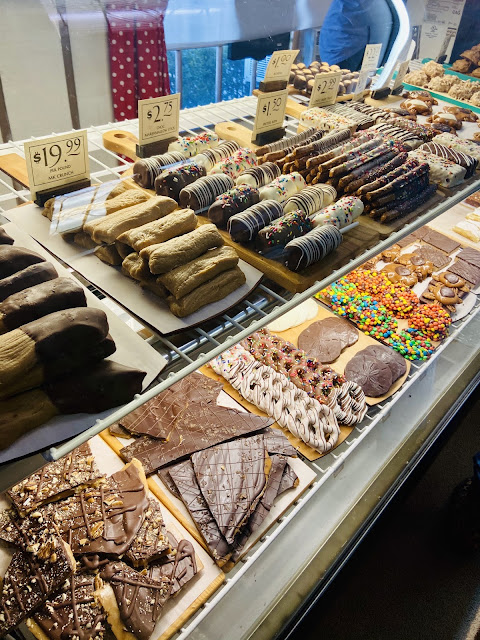 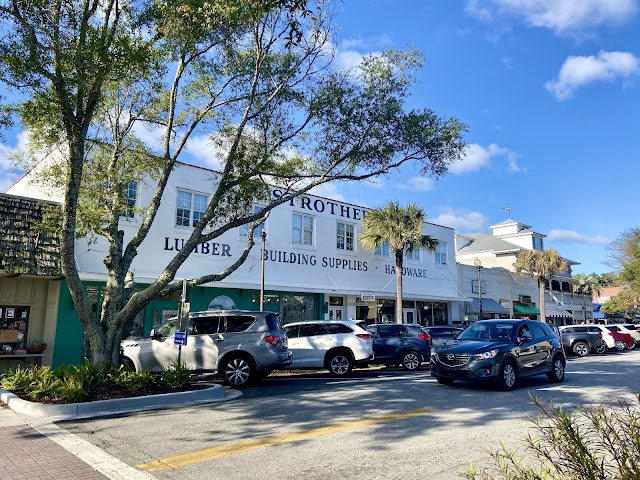 Downtown Saint Simons. Its a few blocks that ends at the water. It's a beautiful and quaint little area. 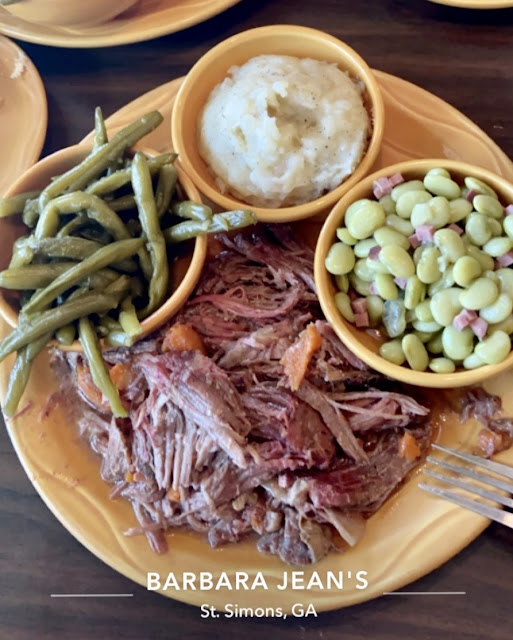 We discovered a neat little home cooked restaurant in downtown Saint Simons called Barbara Jean's. The food was amazing homemade southern food. It was some of the best pot roast I've ever had. She's even written two cookbooks.
Posted by emeralddaysandsapphirenights.com at 20:39 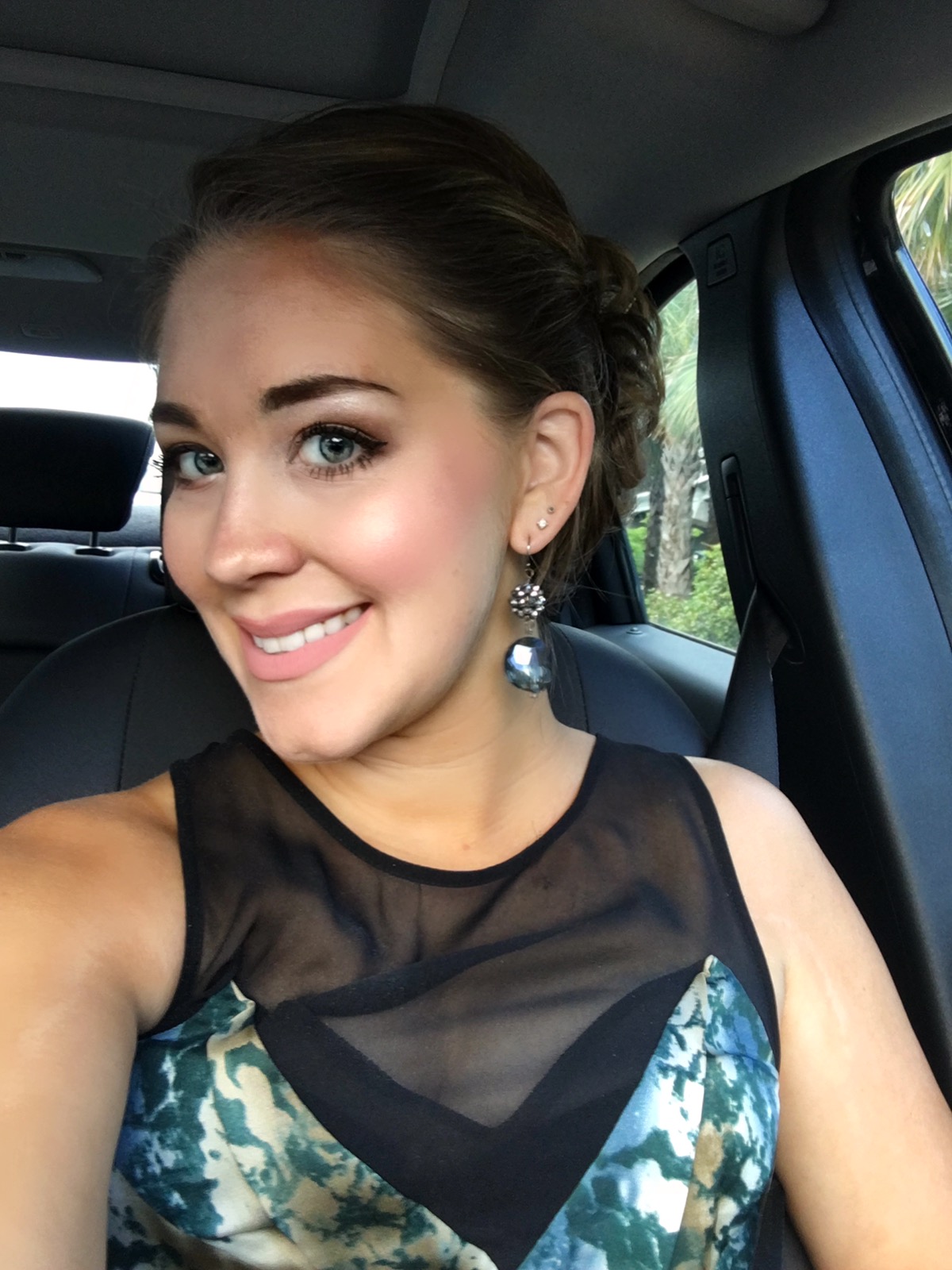 Check out my favorite blogs!